skip to main | skip to sidebar

In their extreme old age a childless couple was granted a daughter. This made them very happy, and they prayed to the gods every morning and evening to bless their child. They prayer was granted. As their daughter grew up it soon became obvious that she was a remarkable child. She could run further and faster than anyone in the village, her manners were good, she sang rather well, and she excelled in her studies. There was only one thing wrong, which spoilt everything. This was not a defect. The gods hadn't cheated. She was indeed blessed with great ability. But everyone in the village was critical of her. 'To be so damned good,' they said, 'is not womanly.'

Once upon a time there was a wicked woman who was generally known as Whore, Bitch, Slut, Sow. Being a strong-minded woman and totally unashamed of being herself, she made a petition to the Chief Judge. She asked that the labels she bore be changed to some others that would more accurately express her wickedness as a person, rather than as they did at present, merely as a woman. The judge, as it happened was bored at the time. 'Very well,' he said, 'you can have a hearing, and the learned of the city will be asked to submit an alternative label.' The day came for alternative label, but the Eldest Scholar looked embarrassed, 'The fact is, Your Honour, we have not been able to reach agreement.' 'Really?' said the Judge, 'Well I should have expected as much. I suppose you got lost in philosophical discussion?Never mind. Sit down. I'll do the job.' 'How about "thief"?' he said turning to the woman. 'May it please you, Your Honour,' said the Eldest Scholar, '"thief" is excellent, but this woman renders service for moneys received, so unfortunately , Your Honour, that particular term is not applicable.' 'Well, how about "beggar"?' said the Chief Judge. But the Learned Scholar interpolated again, 'It is not clear, Your Honour, that being a beggar is in itself a sign of wickedness. Moreover this unfortunate woman does not beg.' 'Oh', said the Judge 'how about "bastard"? No I suppose you will find some other objection. Well, what is the problem? Why are we having so much trouble?' 'The truth is, Your Honour,' the scholar replied, ' that her wickedness consists in the fact that she is a woman.' 'Ah!' said the Learned Judge, 'That is the answer. Go away Woman, That is you name and your new label.'

smart and assertive.Enjoyed the story of quiet action, but firm and clear of its aim.
Intelligence is not just, feminine !?Eh.

Novels, Dramas, Poems, Extracts, Excerpts, Reviews...
All That attracts me to the vast and ever-fascinating world of Literature! 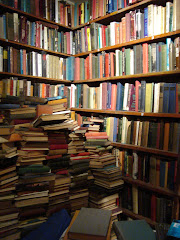